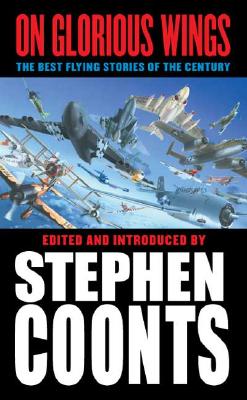 Since its invention in 1903, the airplane has become the dominant mode of transport, travel, and combat. It has brought the entire planet closer together and changed almost every aspect of how we live today.
Along the way, the airplane has inspired writers in every decade of the twentieth century to celebrate this world-changing creation. From the wild first years of aviation when daredevil men challenged each other to set altitude records to the terrible three-dimensional landscape of combat in the air through all the wars of this century, authors from around the world have written of the airplanes and the men and women who fly them.
Now, bestselling author Stephen Coonts has collected some of the finest fiction about flying in one volume. On Glorious Wings contains stories and excerpts from world-renowned authors, including Dale Brown, Sir Arthur Conan Doyle, Louis L'Amour, James Michener, Joseph Heller, Len Deighton, Frederick Forsyth, William Faulkner, Ralph Peters and Stephen Coonts himself. From the rickety wire-and-wood contraptions of the 1920s to the possible future of warfare in 2020, this collection invites you to take to the skies with some of today's most acclaimed authors, including:
"Five Weeks in a Balloon" by Jules Verne: Take a fanciful trip through the air as imagined by one of the great authors of the nineteenth century.
"All of the Dead Pilots" by William Faulkner: One of America's greatest storytellers looks at Britain in World War II, where a brash American pilot and an unflappable British officer clash over the same woman.
"Wings over Khabarovsk" by Louis L'Amour: The great Western writer also penned many tales for the pulp magazines of the 1930s and '40s, including this classic of the genre about an American pilot framed for spying on the far side of the world.
"An Hour to San Francisco," from The High and the Mighty, by Ernest K. Gann: When a four-engine plane loses an engine over the Pacific Ocean, what had been an uneventful trip becomes a white-knuckle race for survival.
0
"Corey Ford Buys the Farm," from Flight of the Intruder, by Stephen Coonts: During the Vietnam Conflict, pilots took lightly armed A-6 Intruders on harrowing near-suicide missions against the North Vietnamese army. Here, the master of the military thriller takes you along for the ride inside the cockpit as three Intruders head out to destroy some Russian MiG fighters grounded in Laos.
"Power River MOA," from The Sky Masters, by Dale Brown: At the Powder River weapons-testing site, the jet fighters may fire blanks, but the air combat simulations are as real as can be. Strap yourself in for a ride in the latest in bomber technology-the EB-52 Megafortress.
"Retaliation," from The War in 2020, by Ralph Peters: In the near future, America is threatened by a joint Iran-Japan military force that threatens the Middle East and Europe. Saddle up with the high-tech, hard-hitting cavalry soldiers of the future and their armored, fire-breathing future flying machines as they take to the air to raid on an enemy base.
With an introduction and story notes written by Stephen Coonts, On Glorious Wings is a must-have for any aviation enthusiast.

Title: On Glorious Wings: The Best Flying Stories of the Century

Best in Show: Our Best Recipes for Man's Best Friends 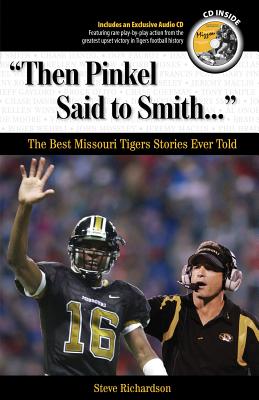 First, Best And Only (Best Of The Best) 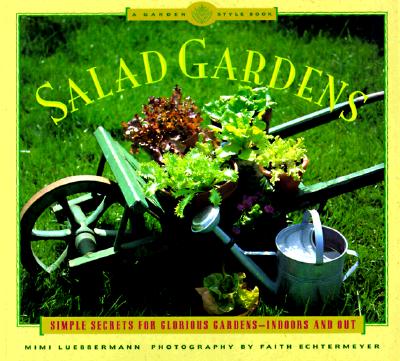