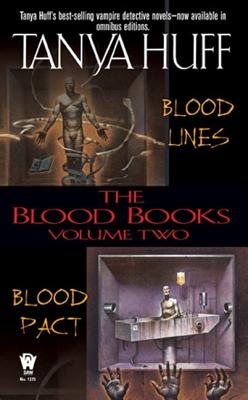 "Blood Lines" An evil being has been sealed away for centuries in a sarcophagus never meant to be opened, waiting patiently for his chance to rise again. Now, brought to the Egyptology Department of Toronto's Royal Ontario Museum, the seals and spells that imprisoned him chipped away from his discoverers, he has reached forth to claim the minds and souls of Toronto's unsuspecting citizens. And only three people had any sense that something was wrong... For Henry Fitzroy, it began with terrifying images of the sun, a marker of death for a vampire. Fearing for his sanity, he turns to his s... View more info 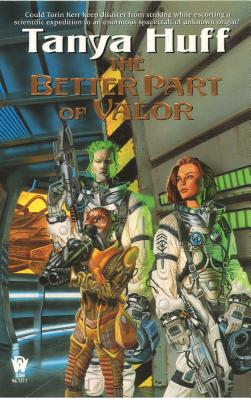 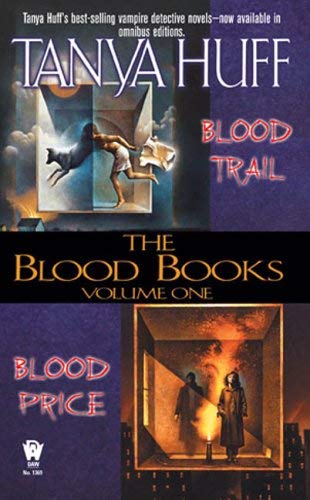 "Blood Price" Vicki Nelson, formerly of Toronto's homicide unit and now a private detective, witnesses the first of many vicious attacks that are now plaguing the city of Toronto. As death follows unspeakable death, Vicki is forced to renew her tempestuous relationship with her former partner, Mike Celluci, to stop these forces of dark magic--along with another, unexpected ally... Henry Fitzroy, the illegitimate son of King Henry VIII, has learned over the course of his long life how to blend with humans, how to deny the call for blood in his veins. Without him, Vicki and Mike would not ... View more info 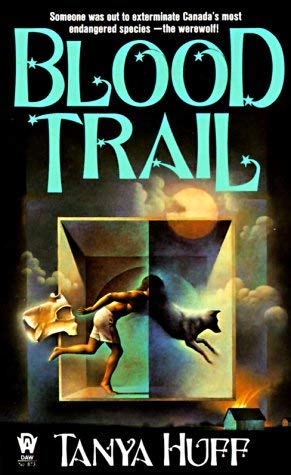 In the distant future, humans and several other races have been granted membership in the Confederation -- at a price. They must act as soldier/protectors of the far more civilized races who have long since turned away from war.... View more info 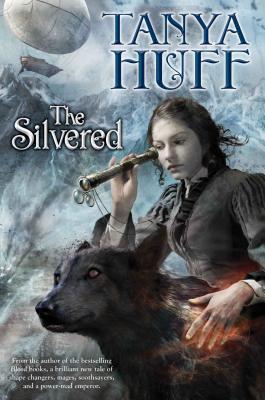 ""When wild and mage together come, one in six or six in one, Empires rise or empires fall, the unborn child begins it all."" It began with the prophecy made by the Imperial Soothsayer, a prophecy that had Emperor Leopald's army bent on conquering the small kingdom of Aydori. For Aydori was ruled by the Hunt Pack--shape changers who took the form of wolves-- and the Mage-pack--masters of the six disciplines: air, fire, water, earth, metals, healing. With its allies defeated, nothing stood between Aydori and the invading Imperials but its own troops, led by the Hunt Pack and aided by ... View more info 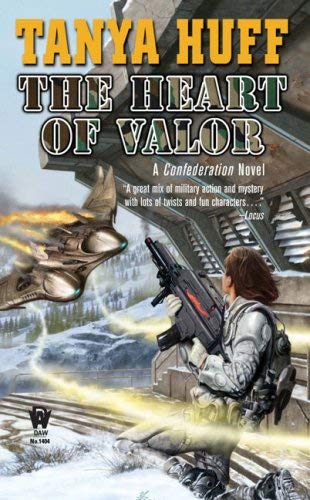 The Heart of Valor: A Confederation Novel (Valor Novel)

Staff Sergeant Torin Kerr's goal is to keep both her superior officers and her troops alive as they face missions throughout the galaxy. But she's been sidelined with endless briefings and debriefings for a while, so she jumps at the chance to go to Crucible-the Marine Corps training planet-as temporary aide to Major Svensson. The major was reduced to little more than a brain and spinal cord in his last combat, and now he and his doctor are eager to field test his new body. It's supposed to be an easy assignment -- after all, Crucible was set up to simulate battle situations so recruits c... View more info 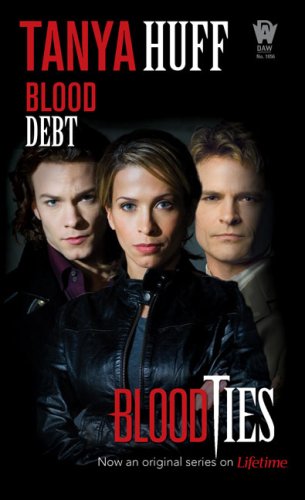 The Blood Books are now available in "Blood Ties" TV tie-in editions. View our TV tie-in feature page here here. A ghost has invaded his home, beginning a dangerous nightly game in which Henry is allowed to ask a single question. If the answer is no, an innocent and unsuspecting person is killed. Henry soon comes to the horrifying realization that this wraith--and the others who join it--is using him to wreak vengeance on the people it holds responsible for its death. Henry can't find the source of these murders on his own, so he calls on the one person he trusts to help--private ... View more info 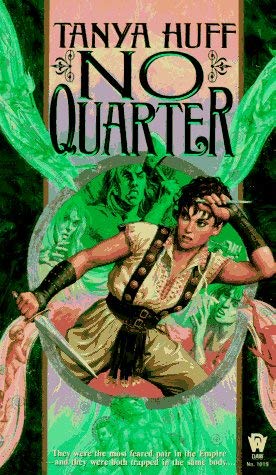 A Confederation of Valor (omnibus)

Staff Sergeant Torin Kerr's goal is to keep both her superior officers and her troops alive as they face deadly missions throughout the galaxy. She more than proves her mettle when a diplomatic assignment and a scientific expedition both turn dangerous. View more info 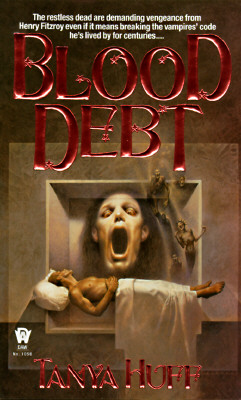 Tanya Huff's Victoria Nelson series has won her countless devoted readers with its masterful blending of contemporary fantasy and the supernatural. These novels offer up an irresistible team of terror busters: Vicki, a female private eye who was until recently human; Mike, a Toronto homicide detective who is her ex-partner and current lover; and Henry, a vampire who writes bodice rippers.In "Blood Debt", Henry, despite his better judgement, calls upon Vicki and Mike to help him lay to rest the angry ghosts who are haunting him and demanding he find their killer and mete out blood vengeance. View more info

In the distant future, humans and several other races have been granted membership in the Confederation -- at a price. They must act as soldier/protectors of the far more civilized races who have long since turned away from war.... View more info 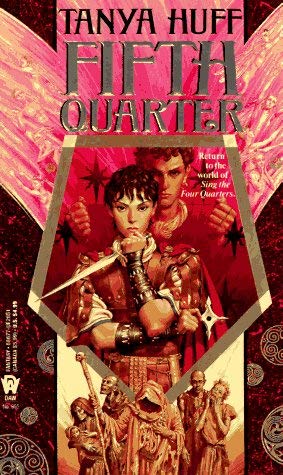 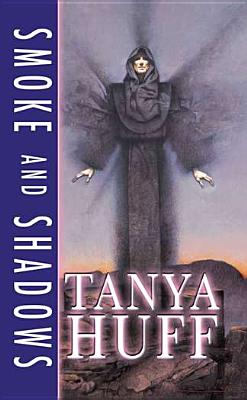 Tony, a former street kid, is now a production assistant on a TV series about a vampire detective. But the special effects wizard is actually a real wizard who's come from another dimension-along with a dangerous foe. And Tony will definitely need the help of vampire Henry Fitzroy if he, his friend-and the world-are going to stand any chance of surviving this invasion. View more info 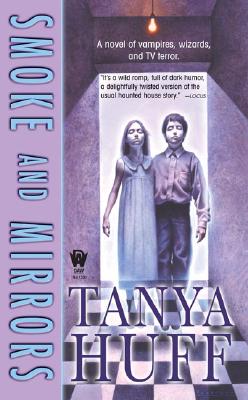