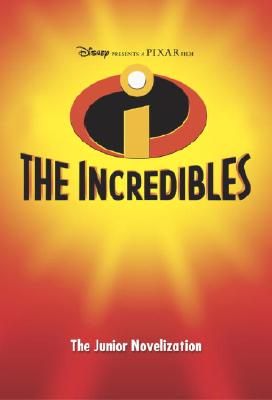 Disney Presents a Pixar Film: The Incredibles (The Junior Novelization)

The quiet life proves to be a little too quiet for Mr. Incredible and his wife, Elastigirl, when they give up their masks and capes as part of the government's Super Relocation Program and start a family out in the suburbs. But when a mysterious new supervillain named Syndrome threatens the world, Mr. Incredible and Elastigirl--along with their superpowered children Dash, Violet, and little baby Jack-Jack--are ready to fly into action and save the day The Junior Novelization is a complete retelling with 8 pages of full-color pictures from the new Disney/Pixar animated hit, "The Incredibles." ... View more info 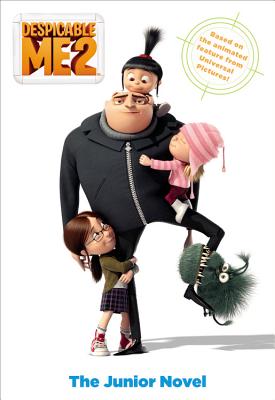 Despicable Me 2: The Junior Novel

Children's Book. Gru used to be one of the most villainous villains in the world. He and his army of Minions even stole the moon But when he adopted Margo, Edith, and Agnes, Gru became a dad. Instead of stealing landmarks, he makes pancakes, blows up unicorn balloons, and dresses like a fairy princess Little does this dad know, though, he's about to make another career change--as a spy for the Anti-Villain League... View more info 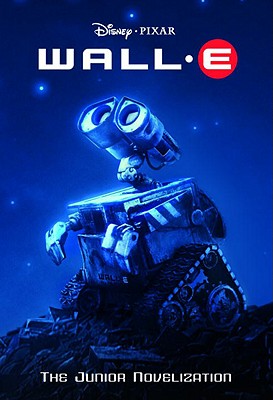 IN THE DISTANT FUTURE, humans have long ago left Earth, but someone forgot to turn off a little robot named WALL-E, who goes about his chores day after day after day. When circumstances lead WALL-E off the planet and across the galaxy, he goes on the adventure of a lifetime with a starship full of people and robots. With a little luck, this rusty metal hero will save the day and win the love of a beautiful female robot named EVE WALL-E proves that love is universal, whether your heart beats or beeps This junior novelization features an embossed cover and 8 pages of full-color movie stills fr... View more info 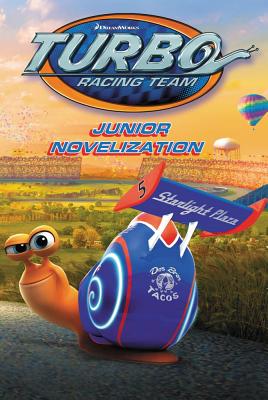 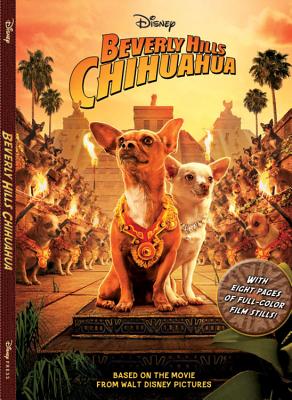 Chloe, a pampered pet chihuahua, is used to the luxury of Beverly Hills. When her owner's niece takes her to Mexico for the weekend, Chloe soon finds herself lost on the rough-and-tumble streets. Now, with an ex-police dog as a guide and an underground dog-fight ringleader on her tail, Chloe must dig deep to find her own strength and make her way home. A 128-page junior novelization of the upcoming film, South of the Border, complete with an 8-page full-color photo insert. View more info 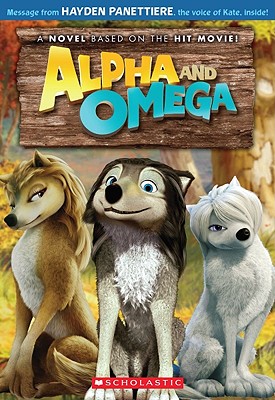 Alpha and Omega: The Junior Novel

Re-live all of the fur-raising fun of the hilarious Fall 2010 movie Alpha & Omega In this funny and action-packed retelling of the movie, Alpha wolf Kate and Omega wolf Humphrey have been taken from their home and sent to Twin Falls, Idaho. But they have to make it back in time to stop their pack from going to war with another pack With the help of their webbed-foot friends, Marcel and Paddy, these two very opposite wolves will attempt to survive the wilderness, fur-raising adventures, and most of all, each other View more info 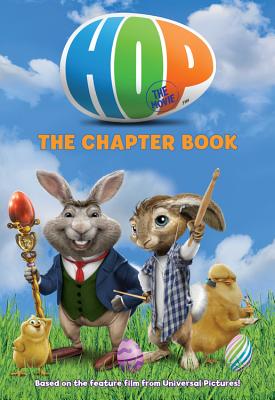 Easter Island is home to the Easter Bunny's magical workshop--where do you think Santa got all his good ideas? Easter bunny Jr., aka E.B. (Russell Brand), would rather pursue his dream of becoming a rock star than hop along in his father's footsteps. Fred (James Marsden), an unemployed slacker, is trying to figure out what to do with his life when he accidentally injures the soon to be Easter Bunny and decides he's the one to take over the job. When these two collide, E.B. and Fred both discover what it takes to grow up. View more info

Honey, I Blew Up the Kid 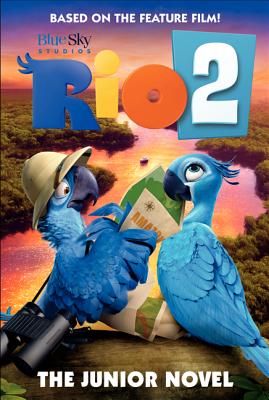 From the creators of Ice Age and Epic, Rio 2 flies into theaters in April 2014. Join Blu, Jewel, and all your favorite Rio characters for a wild adventure perfect for young fans When Linda and Tulio spot a blue Spix's Macaw deep in the Amazon jungle, Blu and Jewel pack up their family and fly off to help locate more of their species. Jewel is eager for the kids to know more about life in the wild, but Blu is a little overwhelmed. The jungle is full of surprises. There are new friends to meet, new places to explore, and some cool, new jungle grooves Rio 2: The Junior Novel retells the ... View more info 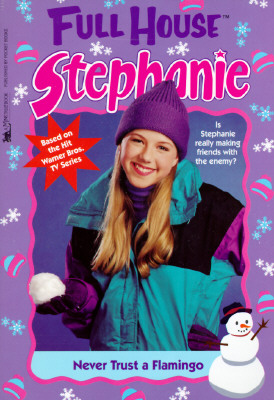 Friend or spy? Stephanie friendly with a Flamingo? No way Everyone knows that the girls in the Flamingo club are phony snobs. But Melody Kimball seems different. At least, that's what Stephanie thinks-- until she goes on the big school ski trip. When Melody joins Stephanie's ski team, the Flamingoes suddenly know all of Stephanie's secrets. Now its war on the slopes Is Melody to blame? Stephanie says no-- but can she prove it? Or is her brand-new friend really no friend at all? View more info 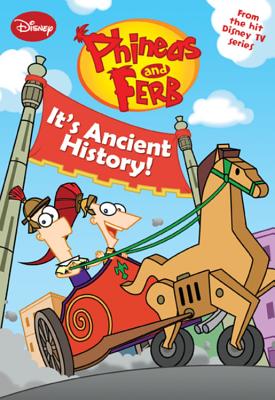 It's all Greek to Phineas and Ferb After checking out a cool classics exhibit at the local museum, the stepbrothers decide to create an awesome chariot race, where they challenge Buford, the town bully, to compete against them. Who will get to the finish line first? Then Phineas and Ferb go on an archaeological dig, where they discover a caveman Readers will love this fun chapter book filled with exciting screen grabs from the show. View more info 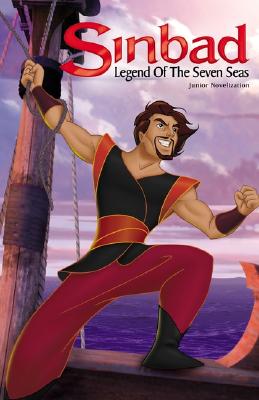 Based on the DreamWorks movie starring Brad Pitt, Catherine Zeta-Jones, Michelle Pfeiffer and Joseph Fiennes releasing Summer 2003 In this new animated adventure from Dream Works, Sinbad, the most daring and notorious rogue ever to sail the seven seas, is joined by the beautiful Marina on his greatest adventure. Together, they must battle Eris, the powerful goddess of Chaos to save the fabled Book of Peace and the life of Sinbad's best friend--and most dangerous rival--Proteus. View more info 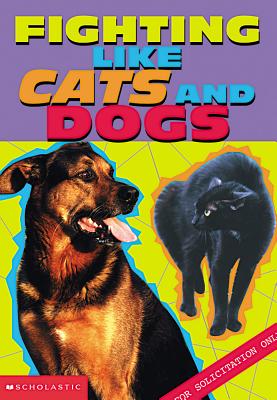 Based on the action-adventure movie, this novel takes readers on a thrilling journey, with an eight page color insert of scenes from the movie. View more info

This full-length retelling brings Buddy's adventures in New York City to life. Follow Buddy, his father Walter, and even Santa Claus, as Buddy injects the spirit of Christmas back into his father and everyone he comes in contact with. Buddy shows them what's important in life through a series of actions and mishaps. And in the end, Buddy actually saves Christmas Containing an 8-page insert of full-color images from the film, this is an ideal choice for older fans View more info 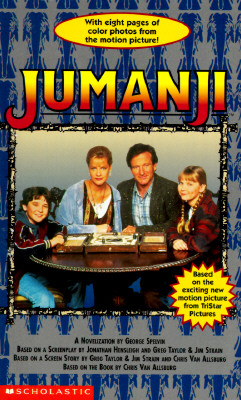 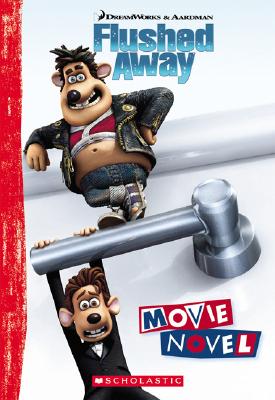 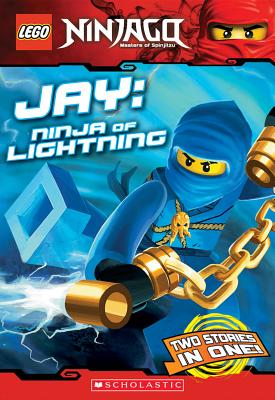 Masters of Spinjitzu: a new force to save the world The next book in the LEGO Ninjago Chapter Book series Jay is much like the element he represents: fast and full of energy. Always good in a fight, always up for a laugh, and always, always inventing. Even if those inventions don't always turn out the way he wants View more info 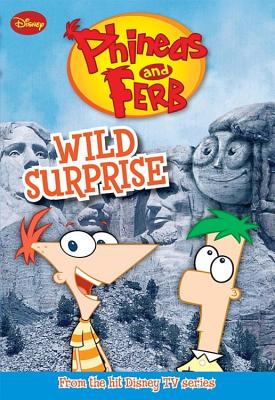 Series description: Phineas and Ferb know that with only one hundred and four days of summer vacation, you've got to make every one count Whether they're building a rocket or discovering an ancient mummy, they're dedicated to making each mind-numbing rotation of the earth into something really special. While their sister Candace tries fruitlessly to reveal their crazy endeavors to their mom and Perry the Platypus is saving the world from the dangerous Dr. Doofenshmirtz, Phineas and Ferb are filling their days with one adventure after another.Chapter Book #3: Wild SurpriseWhat better time ... View more info 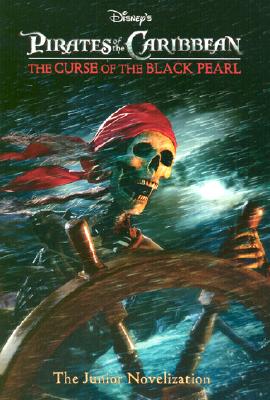 Pirates of the Caribbean: The Curse of the Black Pearl (The Junior Novelization)

Readers can set sail for adventure with this full-length retelling of the latest live-action Disney film. They' ll follow every swashbuckling step as a brave young man teams up with a high-seas scoundrel to rescue the woman he loves from the clutches of a band of cursed pirates. This Junior Novelization features eight pages of full-color movie stills straight from the big screen View more info 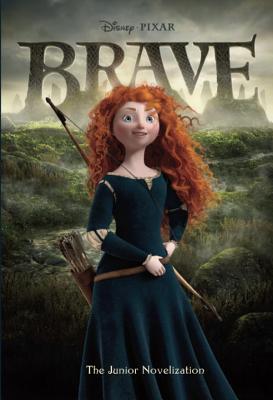 Pixar Animation Studio's 13th animated feature film, DisneyPixar "Brave, " is an epic adventure set in the rugged and mysterious Highlands of Scotland. Determined to carve her own path in life, a skilled archer named Princess Merida defies a sacred age-old custom--and inadvertently unleashes a beastly curse upon the kingdom. To set things right, Merida embarks on a perilous quest and discovers the meaning of true bravery. "Brave: The Junior Novelization" retells the whole exciting story and features eight pages of full-color images from the movie View more info 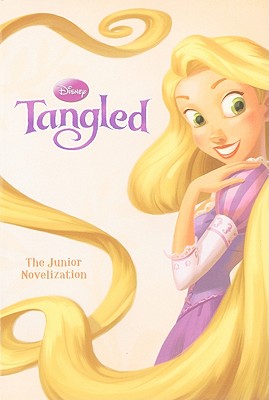 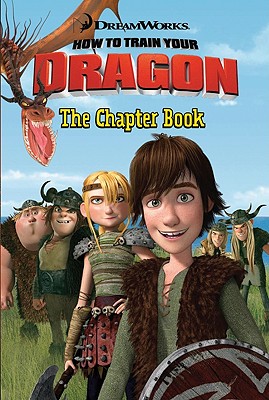 How to Train Your Dragon: The Chapter Book

All young Vikings must prove they are fierce and strong enough to fight dragons. But Hiccup isn't as brawny as his friends and fails miserably at dragon training. So he invents a new weapon that can take down the fiercest dragon in the sky--and when it actually works Hiccup has a choice to make. Can he really kill a dragon? Or will he make a new friend instead? View more info