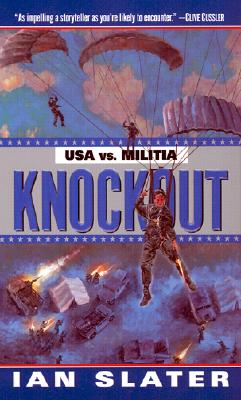 Stinging from a botched attempt to free captured militamen, the USMC (United States Militia Corps) launches a bold and deadly strike against one of the U.S. Navy's multi-billion dollar submarines. View more info 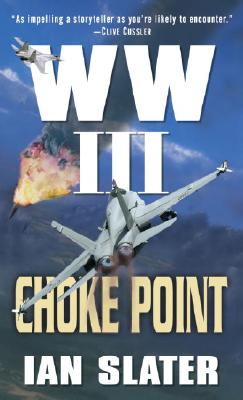 The fight against terrorism has reached the next level-- and now America will "really" go to war. A series of cataclysmic events is exploding around the world. Two divisions of Chinese ground troops move against a neighboring Muslim nation, while a provocation unleashes generations of pent-up violence between the mainland and Taiwan. With U.S. troops still on the ground in the Middle East and "Ganistan," and an American president forced by rapidly unfolding events to make decisions on the fly, the most dangerous threat is the one no one sees. For off the fog-shrouded coast of Washi... View more info 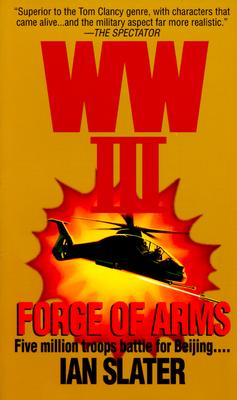 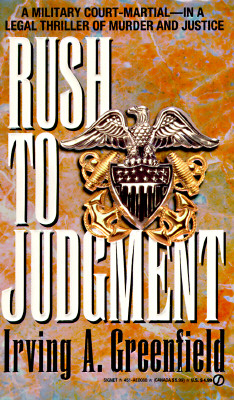 By: Irving A. Greenfield 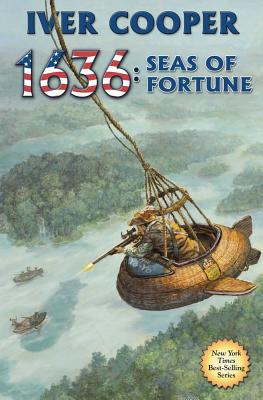 A new addition to the multiple "New York Times" best-selling Ring of Fire series. After carving a place for itself in war-torn 17th century Europe, citizens of the modern town of Grantville, West Virginia, the up-timers and their allies take on continental America and the Japan A cosmic catastrophe, the Ring of Fire, strands the West Virginia town of Grantville in the middle of Europe during the Thirty Years War. The repercussions of that event transform Europe and, in a few years, begin spreading across the world. By 1636, the Ring of Fire's impact is felt across two great oceans, th... View more info

Libyan Warlord: Soldier for Hire No. 5. 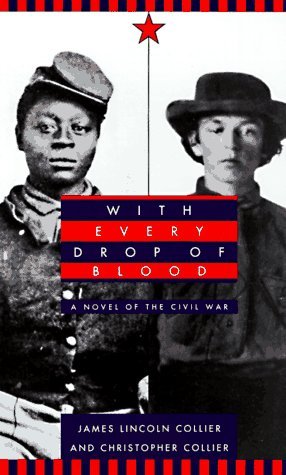 With Every Drop of Blood 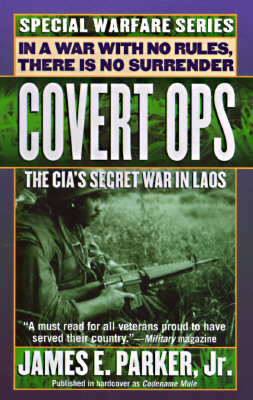 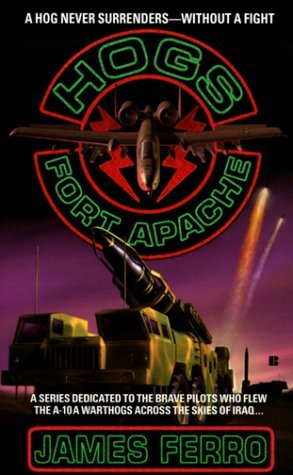 Dropped behind enemy lines, Hog pilot Lt. William Dixon and his team are on the run in the deep Iraqi desert, trying to outfox the enemy, and put some distance between themselves and a toxic chemical depot. Because the Hogs are on their way, and their orders are clear -- take out the depot -- and everything in their path... View more info 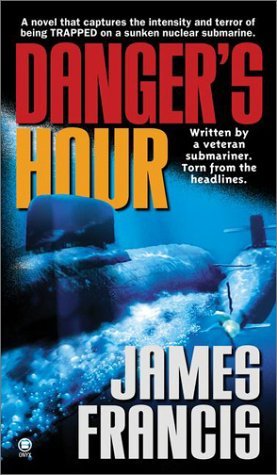 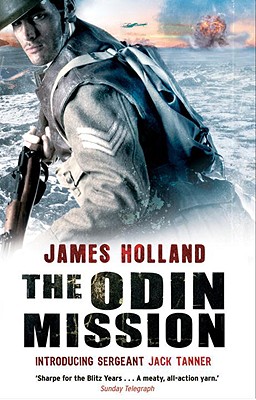 Fans of Sharpe will love the first novel in the Jack Tanner series. Set in Norway, April 1940. Sergeant Jack Tanner and his Yorks Rangers, separated from the main battalion, are drawn into a desperate mission to smuggle Norway's King Haakon's treasures to safety. "From the Hardcover edition." View more info 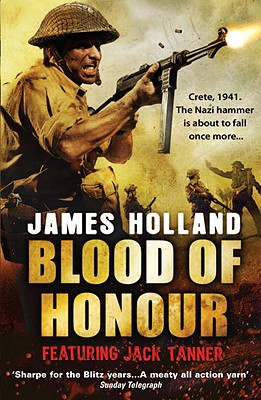 Crete, May 1941. Tanner finds himself embroiled in a deadly game of survival that will test his resolve more than ever before. Not only has a difficult new subaltern arrived on the island, but Tanner has offended Alopex, a powerful Cretan kapitan who has sworn to kill him. Then suddenly the Germans invade and British fortunes take another dive for the worst. At Hiraklion, Tanner and the rest of the 2nd Battalion Yorks Rangers find themselves battling in vicious close-quarter fighting against the German paratroopers. Leading a counter-attack, Peploe and Tanner's B Company drive the enemy... View more info 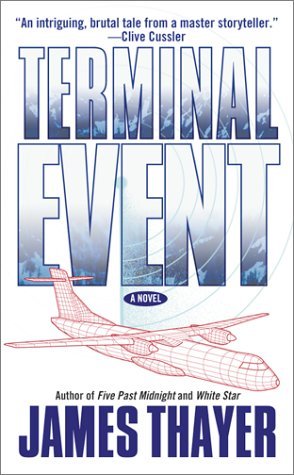 When Joe Durant gets news of an airplane crash outside Seattle, a "terminal event" with no survivors, the distressed former National Transportation Safety Board investigator rushes to the site -- his wife was one of the passengers. Desperate to find answers for his devastated fifteen-year-old daughter, his hunt for clues becomes obsessive. But while he meticulously wades through the wreckage and collects evidence pointing to sabotage, higher powers are determined to blame the tragedy on pilot error. Now the bomber has stepped forward and promised to strike again within ten days...and Dura... View more info 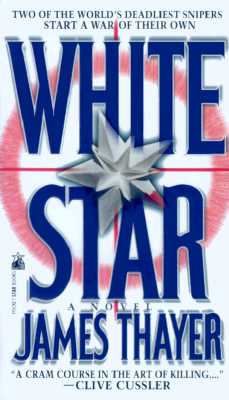 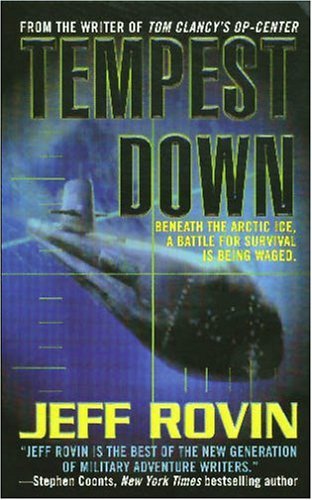 The mission was clear: Test a revolutionary propulsion system exponentially faster and quieter than any that has come before. If successful, America's supremacy in naval warfare would be assured. For a thousand miles, the American boat is stalked by a Chinese submarine until a reckless attempt at espionage puts them on a collision course with disaster. Now, the shattered boats lie locked in a frozen embrace 150 feet below the Arctic waves. Each crippled sub needs the other to survive until rescue comes, but can rival warriors stand together against the harshest environment on Earth? Th... View more info 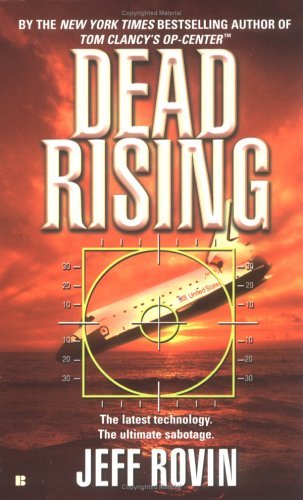 No Less Than Victory: A Novel of World War II

After the success at Normandy, the Allied commanders are confident that the war in Europe will soon be over. But in December 1944, in the Ardennes Forest, the Germans launch a ruthless counteroffensive that begins the Battle of the Bulge. The Fuhrer will spare nothing to preserve his twisted vision of a "Thousand Year Reich," but stout American resistance defeats the German thrust. "No Less Than Victory" is a riveting account presented through the eyes of Eisenhower, Patton, and the soldiers who struggled face-to-face with their enemy, as well as from the vantage point of Germany's old soldier... View more info 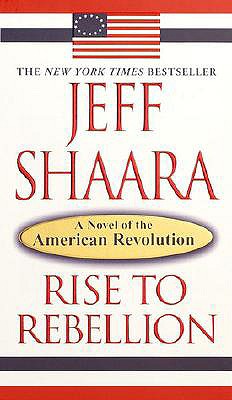 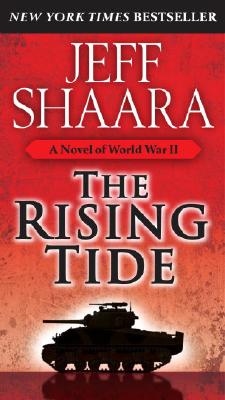 The Rising Tide: A Novel of World War II

A modern master of the historical novel, Jeff Shaara has painted brilliant depictions of the Civil War, the Revolutionary War, and World War I. Now he embarks upon his most ambitious epic, a trilogy about the military conflict that defined the twentieth century. The Rising Tide begins a staggering work of fiction bound to be a new generation's most poignant chronicle of World War II. With you-are-there immediacy, painstaking historical detail, and all-inclusive points of view, Shaara portrays the momentous and increasingly dramatic events that pulled America into the vortex of this monumental ... View more info 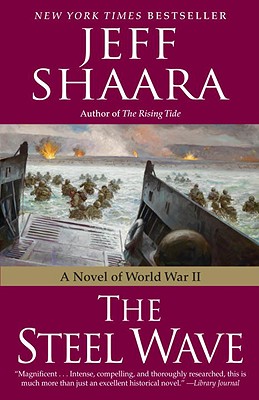 The Steel Wave: A Novel of World War II

General Dwight Eisenhower commands a diverse army that must destroy Hitler's European fortress. On the coast of France, German commander Erwin Rommel prepares for the coming invasion, as the Fuhrer thwarts the strategies Rommel knows will succeed. Meanwhile, Sergeant Jesse Adams, a veteran of the 82nd Airborne, parachutes with his men behind German lines. And as the invasion force surges toward the beaches of Normandy, Private Tom Thorne of the 29th Infantry Division faces the horrifying prospect of fighting his way ashore on Omaha Beach, a stretch of coast more heavily defended than the Allie... View more info 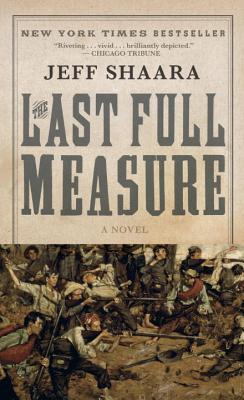 The Last Full Measure: A Novel of the Civil War (Civil War Trilogy)

In the Pulitzer prize-winning classic "The Killer Angels, " Michael Shaara created the finest Civil War novel of our time. In the bestselling "Gods and Generals, " Shaara's son, Jeff, brilliantly sustained his father's vision, telling the epic story of the events culminating in the Battle of Gettysburg. Now, Jeff Shaara brings this legendary father-son trilogy to its stunning conclusion in a novel that brings to life the final two years of the Civil War. As "The Last Full Measure" opens, Gettysburg is past and the war advances to its third brutal year. On the Union side, the gulf between ... View more info 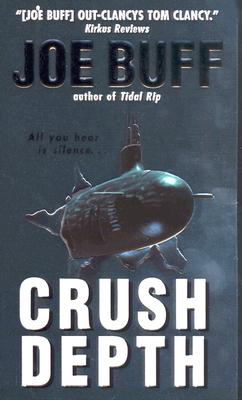 Reactionary enemy regimes have brutally taken command in South Africa and Germany. U.S. and European shipping lanes are suddenly under attack. World War is at hand -- and for the ruthless Berlin-Boer Axis, the devastating weapons of choice will be tactical nukes used at sea.The Voortrekker, a deep-diving state-of-the-art German submarine, is on the prowl, carrying more onboard firepower than many of the world's nations possess -- and the crippled sub USS Challenger is the only weapon in America's arsenal that can match up with the silent killer. But the nation's last hope is in dry dock ... View more info 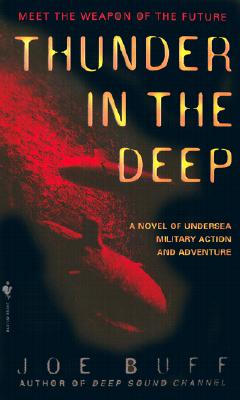 Thunder in the Deep

In his electrifying first novel Joe Buff instantly established himself as the ultimate chronicler of 21st-century warfare by taking military fiction and submarine combat to a new level of authenticity, vision, and power. Thunder in the Deep picks up where Deep Sound Channel left off, bringing to life a frightening seascape where technology pushes warriors to new extremes, and warriors push technology to the max. This time the difference between victory and defeat hinges on the two most advanced nuclear attack submarines in the world. The "Challenger" is the weapon of the future, a cera... View more info 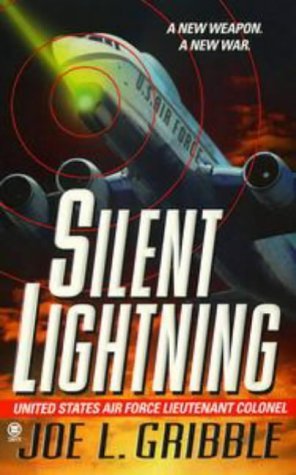 In North Korea, a first strike against South Korea and Japan is about to be launched.In Washington, D.C., it is discovered that North Korea can now reach mainland America with a nuclear weapon.To defuse the situation, ex-Air Force Major Lance Brandon and his experimental Air Based Laser system are ordered into action. Brandon knows the Silent Salvo has the ability to knock ballistic weapons out of the sky, but will it work in the heat of battle? For Brandon's lone, untried weapon is about to become the only thing between world peace and nuclear holocaust... View more info