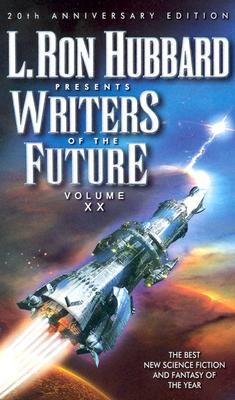 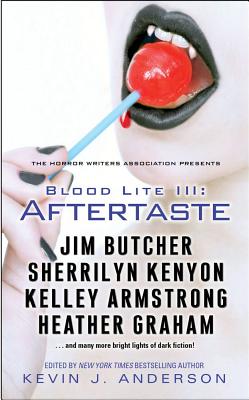 The third hilarious horror collection in the national bestselling series from the Horror Writers Association Sink your teeth into a smorgasbord of macabre morsels laced with horrific humor in this all-new Blood Lite collection Whether you shriek with laughter or scream in fear . . . well, that's simply a matter of taste. Jim Butcher's wizardly PI Harry Dresden pranks some high-tech monster seekers--and attempts to save a friend's son whose life-energy is slowly being drained by an unknown adversary in "I Was a Teenage Bigfoot." The Author from Hell has dropped dead, but a stre...
View More... 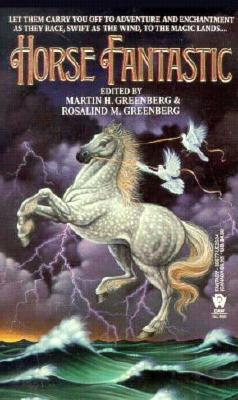 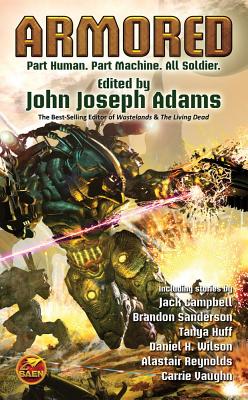 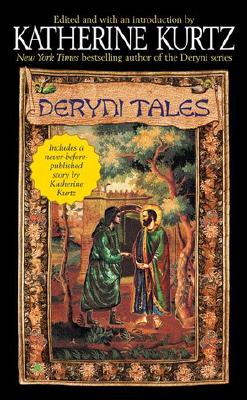 Kurtz's bestselling fantasy world of Deryni is the setting for this collection of eight tales written by fans of the series and personally selected by Kurtz. This anthology also includes a never-before-published story by Kurtz which acts as a teaser for her upcoming novel. (June)
View More... 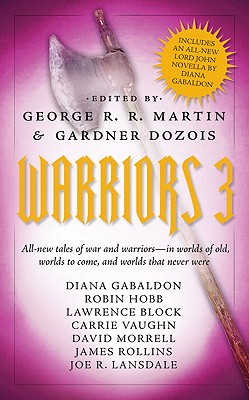 Warriors 3: All-new tales of war and warriors - in worlds of old, worlds to come, and worlds that never were

"People have been telling stories about warriors for as long as they have been telling stories. Since Homer first sang the wrath of Achilles and the ancient Sumerians set down their tales of Gilgamesh, warriors, soldiers, and fighters have fascinated us; they are a part of every culture, every literary tradition, every genre. All Quiet on the Western Front, From Here to Eternity, and The Red Badge of Courage have become part of our literary canon, taught in classrooms all around the country and the world. Our co...
View More... 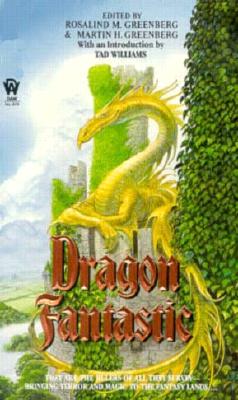 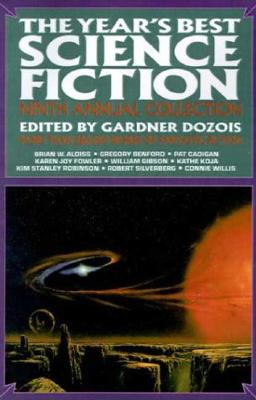 In The Year's Best Science Fiction: Ninth Annual Collection, Gardner Dozois produces another volume in the series that Locus calls 'the field's real anthology-of-record.' With a unique combination of foresight and perspective, Dozois continues to collect outstanding work by newcomers and established authors alike, reflecting the present state of the genre while suggesting its future directions. With the editor's annual summary of the year in the field, and his appendix of recommended reading, this book is indispensable for anyone interested in contemporary science fiction. 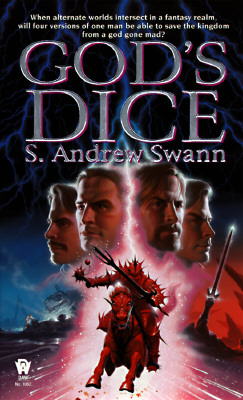 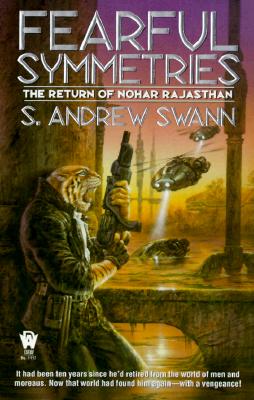 This is the story of Nohar Rajasthan, a private eye descended from genetically manipulated tiger stock to become a moreau--a second-class humanoid citizen in a human world. Nohar retired from the private eye business ten years ago, and just wants to spend his remaining time in the peace and quiet of his wilderness homestead. Then a human lawyer asks him to take on a missing moreau case--and suddenly all hell breaks loose
View More...

A Troubling Along the Border 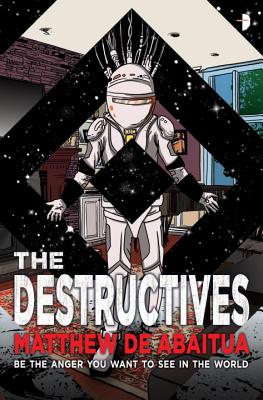 The Destructives (The Seizure Trilogy)

Theodore Drown is a destructive. A recovering addict to weirdcore, he's keeping his head down lecturing at the university of the Moon. Twenty years after the appearance of the first artificial intelligence, and humanity is stuck. The AIs or, as they preferred to be called, emergences have left Earth and reside beyond the orbit of Mercury in a Stapledon Sphere known as the university of the sun. The emergences were our future but they chose exile. All except one. Dr Easy remains, researching a single human life from beginning to end. Theodore's life. One day, Theodore is approached b...
View More...

Publisher: Wizards of the Coast: July 1994 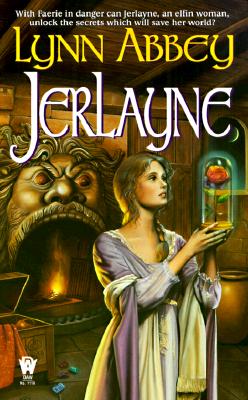 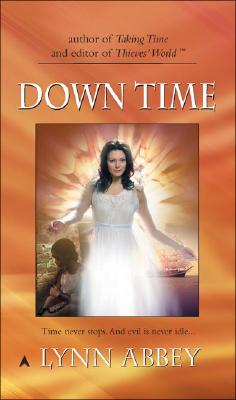 The co-editor of Thieves' World* delivers the fourth novel in her acclaimed fantasy series. Emma Merrigan and her mother take a Caribbean cruise to reconcile their differences, but to help a cursed passenger, Emma must travel into the wasteland. Original.
View More... 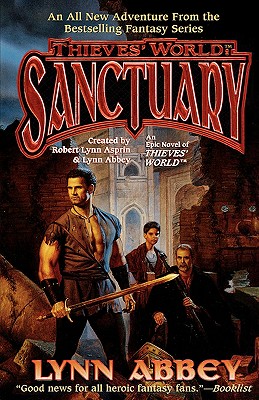 From the Bestselling Fantasy Adventure Series, "Thieves' World "(tm)
Created by Robert Lynn Asprin & Lynn Abbey
Return To The City That Would Not Die
Return To" Thieves' World "
Return To "Sanctuary"
"Thieves' World "was the bestselling and first of the shared world phenomenon, selling well over a million copies of anthologies detailing the exploits and intrigues of the high-born and low-born denizens of Sanctuary, a city that has seen many masters.
The Age of Ranke and the reign of Kadakithis, the occupation of the Beysib, the war of the gods and indeed the erstwhile Re...
View More... 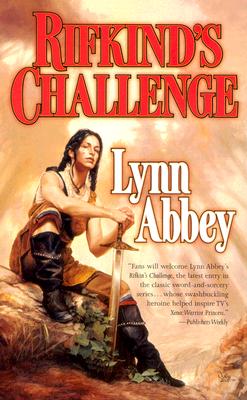 In a desert world ruled by men, Rifkind has always been one apart. A chieftain's daughter, she learned to wield a sword while all other women were bound by tribal custom to children and the cooking fire. But when her clan was massacred, she set forth on a quest for her destiny in savage lands ruled by magic and the sword.
For a while she had thought that she had found a home. She practiced the healing arts and raised her son.
But now she has once again heard a personal call to arms, a call to leave behind the safety of her home. She will once again take up the way of the sword, the way...
View More... 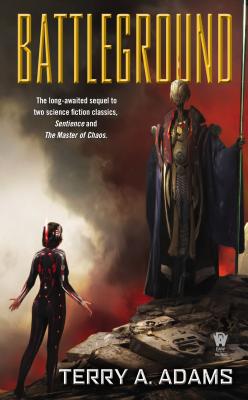 Hanna Bassiano, formerly known as Lady H'ana ril-Koroth of D'neera, was, like all the people of the planet D'neera a telepath. Mutated from true-human stock, the D'neerans had claimed a world of their own to escape persecution, and started a flourishing civilization there. Now, accepted by true-humans, some like Hanna had ventured out into the wider universe, using their talents to the benefit of all. Hanna herself had become humanity's expert in first contact with other sentient races. And though her very first mission had nearly ended in her death and could have resulted in a devastating int...
View More... 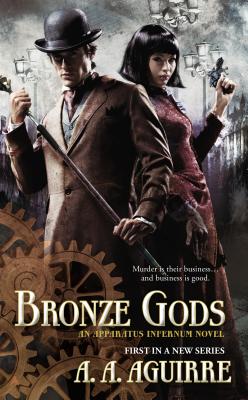 Danger stalks the city of steam and shadows. Janus Mikani and Celeste Ritsuko work all hours in the Criminal Investigation Division, keeping citizens safe. He's a charming rogue with an uncanny sixth sense; she's all logic--and the division's first female inspector. Between his instincts and her brains, they collar more criminals than any other partnership in the CID. Then they're assigned a potentially volatile case in which one misstep could end their careers. At first, the search for a missing heiress seems straightforward, but when the girl is found murdered--her body charr...
View More...