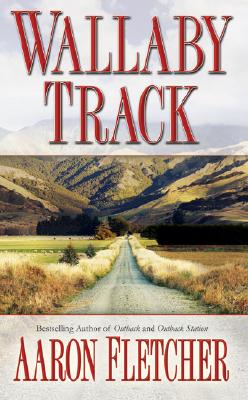 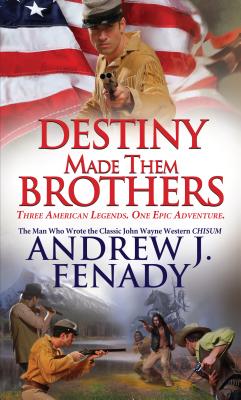 Destiny Made Them Brothers 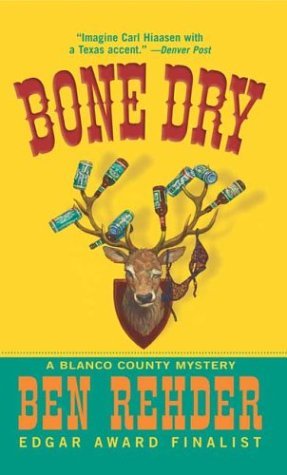 The opening of deer season always brings a Texas-sized wave of excitement to sleepy Blanco County, but this year, game warden John Marlin is finding mysteries as thick as ticks on a whitetail's rump. First, there are reports of a blonde bombshell who's been raising Cain with hunters, scaring away wildlife and trashing vehicles. Then, there's the tragic discovery of a local man shot to death and left in his deer blind. Further muddying the watering holes are the schemes of a recently relocated East Coast wiseguy now called Sal Mameli, who along with his son Vinnie-a wannabe gangster with more m... View more info

Rides a Stranger + A Bullet for Billy 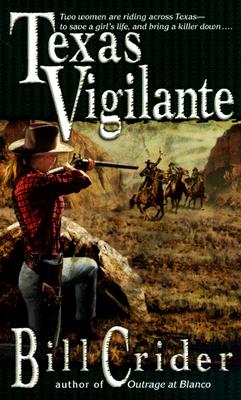 Ellie Taine thought she had put away her guns for good. A year ago, a band of outlaws had raped her and murdered her husband. With the aid of an aging rancher, she had exacted her deadly revenge. Now that the bodies were buried, she had hoped to start her life over as a rancher herself.But she hadn't counted on Angel Ware. Having sprung himself from prison, he now wants revenge on Lane Tolbert, the man who put him there, a man who now works as a hired hand on Ellie's ranch. Thirsty for blood, Angel tracks Tolbert to Ellie's ranch, wounding him and kidnapping his daughter Laurie.Childless... View more info 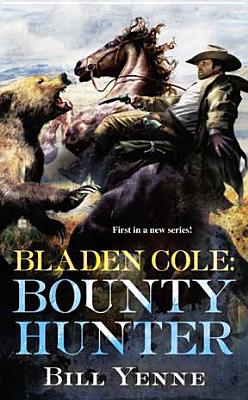 Is the bounty hunter actually the hunted? Bladen Cole is getting a handsome sum of money from Isham Ransdell, the owner of the Gallatin City Bank. It's not a withdrawal, but a reward for the heads of the men who killed Ransdell's associates. The banker wants the Porter boys back in Gallatin City dead or alive--preferably dead. As Cole sets out on his manhunt, he questions the motivation of his new client, the only rich man in Gallatin City somehow left unscathed... His pursuit goes smoothly enough until he finds himself in the middle of a battle between two rival Blackfeet bands. Cole is ... View more info 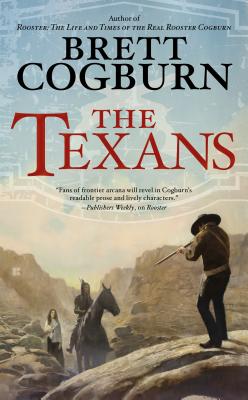 A Texan always keeps his promise. At seventeen years old, Odell Spurling is taller than most men, and all too ready to be treated like one. But nothing could prepare him for the Comanche raid that left him without a home or family. The girl he loves, Red Wing Wilson, was once a Comanche herself--stolen as a child and raised among Texans. With a promise to return to her, he sets off for revenge. But when the President of Texas attempts to make peace with the Comanche, and arranges to return Red Wing in a gesture of goodwill, Odell finds himself on a mission greater than mere revenge. To ge... View more info

Canavan's Trail/Brothers of the Range/2 Westerns in 1 Volume 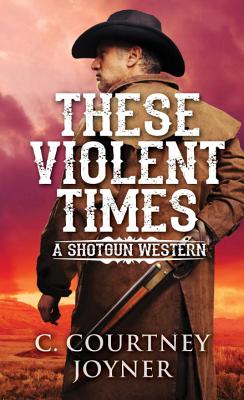 These Violent Times (A Shotgun Western) 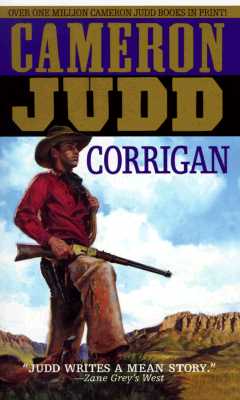 Compared to such Western giants as Max Brand, Luke Short, and Louis L'Amour, he has been called the New Voice of the Old West. With over one million of his books in print, Cameron Judd powerfully brings to life, as no one else can, the struggles of a generation of Americans on harsh and beautiful frontier. He was young and green when he rode out from his family's Wyoming ranch, a boy sent to bring his wayward brother home to a dying father. Now, Tucker Corrigan was entering a range war. A beleaguered family, a powerful landowner, and Tucker's brother, Jack-a man seven years on the run-were... View more info

The Quest of Brady Kenton

Western reporter Brady Kenton has made his living with the power of his pen--capturing the conflict and the courage of the American frontier. But there's one story that has always eluded Kenton: the truth behind his wife's purported death in a fiery train crash. Victoria Kenton's body was never found. Now, a nervous young Englishwoman has shown up in Leadville, telling Kenton's sidekick, Alex Gunnison, that she is the reporter's long-lost daughter--and that she knows Victoria's fate. But before Gunnison can bring the girl to Kenton, a Texas manhunter warns him, calling the woman an insane kill... View more info

Winter of the Coup 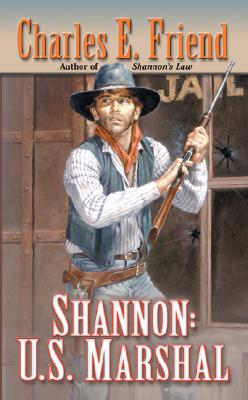 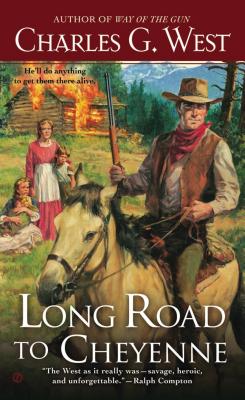 A DANGEROUS RIDE Cam Sutton is ready to make his name prospecting for gold in the Black Hills. But his quest for riches is interrupted when he happens upon a stagecoach holdup and ends up rescuing Mary Bishop and her two young daughters. Before striking out on his own, Cam decides to help Mary search for her husband, who disappeared while mining. Turns out Mr. Bishop was murdered--but not before finding enough gold to make Mary a very wealthy woman. Unwilling to leave them unprotected, Cam offers to help escort the ladies on the long journey back to Cheyenne. But with the threat of b... View more info 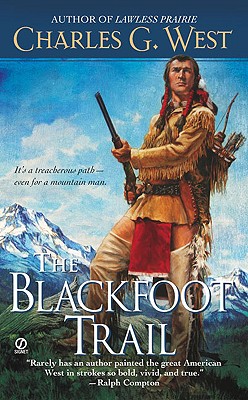 Mountain man Joe Fox reluctantly led a group of settlers through the Rockies?and into the clutches of Max Starbeau, who traveled with the party until he was able to commit theft and murder?and kidnap Joe's girl. Now, Joe Fox is forging a new trail?of vengeance View more info 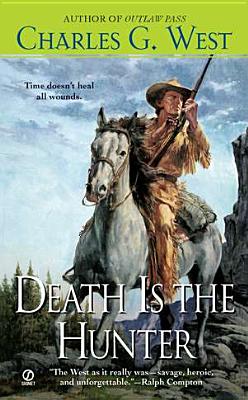 Death is the Hunter

When John Chapel was young, his parents were brutalized and murdered by Bevo Rooks and his gang of cutthroats. With a cold, undying tenacity, he tracked the men across Indian Territory, picking them off one by one. But the wily Rooks got away. Chapel was soon taken in by the Chickasaw Nation and lived as one of them. Twelve years later, Chapel is a deputy marshal, renowned for his ability to run down his quarry. But he hasn't forgotten the promise he made to finish what he began. And Rooks still hasn't changed his evil ways. When Chapel joins the hunt for the outlaw, he knows his quest for... View more info 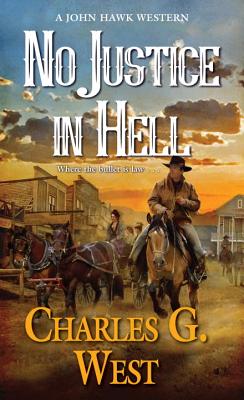 No Justice in Hell (A John Hawk Western) 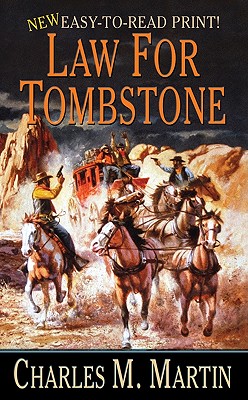 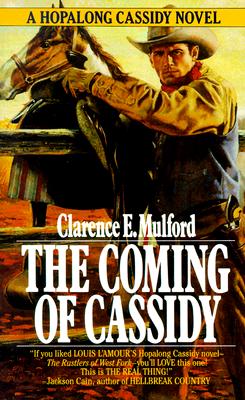 The Coming of Cassidy (Bar-20)

Buck Peters put everything he owned into the Bar-20 and thought eh could make a go of it. It looked pretty good too, until he feill in with that gang of renegade buffalo hunters. There were after her spread, his cattle, his life. And they swore to let nothing stand in their way. Nothing. And then they met a cowhand named Cassidy... View more info

The Coming of Cassidy and Bar-20 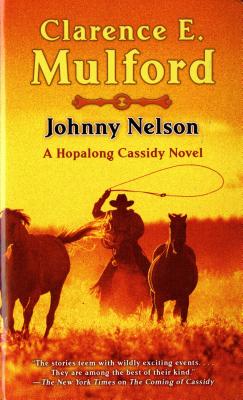 Hopalong Cassidy and Johnny Nelson, two fun-loving, hard-fighting cowboys from the legendary Bar-20 ranch, are back in this classic saga of western adventure, in paperback for the very first time View more info 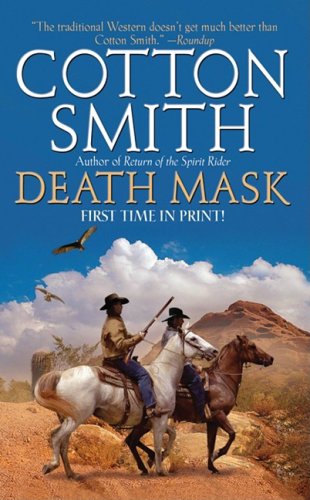 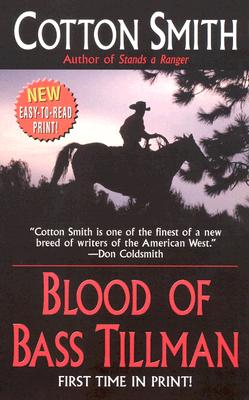 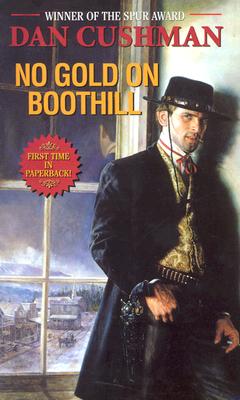 No Gold on Boothill 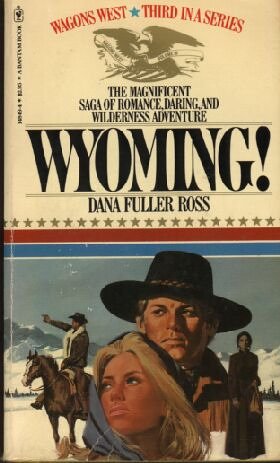